Co-founder and director of Leone Centre, Cristina Vrech has 20+ years experience in working supporting people, 14+ extensive experience as a therapist and offers valuable knowledge to individuals and couples. Prior to being a therapist she worked in the financial sector.

Across the landscapes of relationships, communication, stress, infidelity, confidence, loneliness, addiction, separation and divorce, IVF and anxiety, Cristina takes a down to earth and direct approach.

Offering online and in person.

Talk with a Therapist

Taking the decision to start counselling or therapy can feel like a big step and there is often some apprehension about the process and how it works. All of the Leone Centre counsellors and therapists are experienced, accredited and highly professional.

At the Leone Centre we can help you to choose a therapist, book your appointment and explain the process. Alternatively, if you are ready to get started, you can book directly.

If you do feel like you need some help and support, Leone Centre counsellors and therapists are available 7 days a week. Call us on 020 3930 1007.

We can offer in-person appointments at our head office in Fulham and Kensington. We also service Victoria, Putney, Chelsea, Wimbledon, Knightsbridge, Mayfair, and City of London.

In addition, we offer Online Counselling wherever in the world you are located, should this better fit around your existing commitments or if you are not able to attend an in-person appointment. 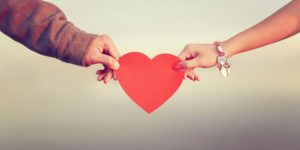